Building strength and flexibility with balanced, graceful movements is the premise of the Pilates Method of Body Conditioning. Like many dancers, that’s what drew me to this extraordinary exercise regime. The “Art of Contrology” is the name Joseph Pilates gave to his ground-breaking system of low impact exercises, developed almost a century ago. Today, the Pilates system is recognized as one of the most viable exercise regimes for core strengthening, rehabilitation and overall fitness.

In 1994, I was very fortunate to begin my Pilates training with Romana Kryzanowska, a direct disciple of Joseph Pilates. I discovered very quickly that practicing Pilates benefited every aspect of my life. Little aches and pains from dancing seemed to vanish; my body became stronger, more supple, and I acquired better stamina for almost everything I tried. Pilates gave me a sense of physical power and well-being that I still have to this day.

As I began my teaching career, I couldn’t help but be impressed with the way Pilates seemed to cure a multitude of ailments. With consistent practice, most of my clients’ injuries seemed to vanish or resolve to the point where it was no longer a limiting factor in their lives. Everything from chronic back and neck issues, knee, shoulder and hip injuries, fibromyalgia, MS, asthma and much more were improved by consistent practice of this method. One by one I would pronounce to my clients, “another Pilates miracle!” Who wouldn’t want to do this for the rest of his/her life?

Joseph Hubertus Pilates was born in Germany in 1880. As a frail child who suffered from asthma, rickets and scurvy, he was drawn to the pursuit of ultimate fitness, the marriage of mind, body and spirit in order to overcome his own physical deficits. His training included bodybuilding, boxing, gymnastics, yoga, martial arts, fencing, wrestling and boxing. During World War I, Pilates was interned at a prison camp in England. He used this misfortune to work with POWS, experimenting with rehabilitation techniques by attaching springs to hospital bedposts. Eventually his discoveries led Pilates to the development of his unique exercise equipment including the Cadillac, Universal Reformer and Wunda Chair.

In the mid 1920s, Joseph Pilates immigrated to the United States and opened a studio in New York City. His method was immediately recognized by the dance community, including such legends as George Balanchine, Martha Graham and Jerome Robbins. Additionally, Pilates trained world-class boxers and many of New York’s well known elite like the Rockefellers. Pilates felt that his method was 50 years before its time and since its early inception, now enjoys tremendous international acclaim and notoriety.

Joseph Pilates believed, “It is the mind itself which shapes the body” and that fewer reps could actually be more productive if an exercise is performed correctly. For this reason, in a traditional Pilates session, the client is directed to focus on economy of movement and do fewer repetitions than other exercise programs. Quality trumps quantity in the traditional Pilates system. In a typical, one-hour session, an instructor will lead the client through a series of movements on a mat and/or on specifically designed equipment as mentioned previously, (Cadillac, Reformer, Wunda Chair, etc.). To get the best results, it is recommended to train 3 days a week, practicing on both the mat and various apparatus’.

Pilates said, “You will feel better in 10 sessions, look better in 20 sessions, and have a completely new body in 30 sessions.” I believe that, with consistency, this is true. Some clients even see and feel a difference after their first session!

I’ve been asked over the years what is the difference between the traditional Pilates method and the more progressive forms of Pilates that are offered to the public today? My answer is that Joseph Pilates designed his method to be performed in a specific sequence of movements for good reason. Each exercise and grouping of movements prepares the body for the next series of exercises in a logical, biomechanically sound progression. Much like the design of a ballet class where a student begins at the barre with a proper warm-up before progressing to the center floor to perform more complex combinations of movements. I’ve found over the years, that adhering to Joseph Pilates’ original sequence of exercises yields the best results.

Start the New Year with a New Body at Sumbody! 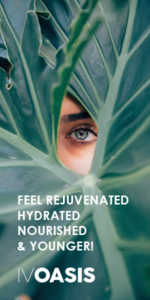